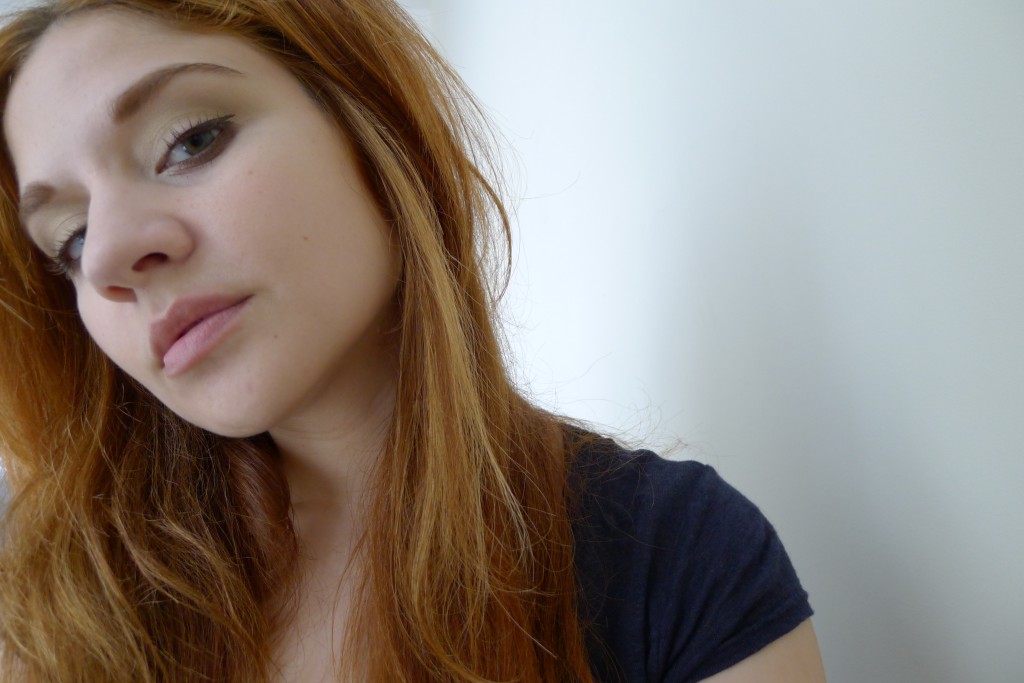 Unbeknownst to my new neighbors, I have slipped in during the the night and discovered that I am able to mooch off their unlocked WiFi – which will hopefully serve as sufficient to tide me over until the Communist Bureaucracy that is Time Warner Cable shows up for my scheduled appointment on Tuesday.  In the meantime – just in case the signal doesn’t hold up – I shall avail myself of the opportunity to create a quick post.

Here you see me, in a photo leftover from some shoot or another last week, looking more GND than (perhaps) ever before – at least publicly.  There are some people who are just born with a knack for looking artfully rumpled and casually approachable all the time; I am not one of these people, and (on the contrary, like wearing jeans), “Girl Next Door” remains one of the most difficult characters for me to comfortably pull off.  Unless, of course, the “Door” in question leads to a pod.  Or a tower.  Or that shitty apartment in Let the Right One In.

Regardless, this is a look I typically save for boyfriends and bedmates, and one or two tight-knit best friends.  Those people you trust to see you with your glamour off.  If I am perfectly honest (and with the notable exception of my cat and my mother), those people for me are always men (or boys, as was the case when I was very young, as young as three – you will always have a place in my heart of hearts, Andrew Tonkery); and, I should say, it’s nice to be looked at this way.  (Not that I would go out in the world all rumpled up on any kind of regular basis, then I think the whole effect would be lost; the intimacy, as always, lies in the reveal).

I don’t mean to make myself out to be some kind of good-time-girl, of course.  I trust few people at a time and try to choose them with care, though I often wound myself on the sword hidden within those pinions; and currently (in the words of Frank O’Hara), “now there is only one man I like to kiss when he is unshaven.”

He knows who he is.

Though that is for him to acknowledge.  In the meantime, I’ll put on my lipstick, I guess, and walk the streets.

“In the great town where there are many houses and so many people, that there is not room enough for everyone to have a little garden, and where consequently most persons are compelled to be content with some flowers in flower-pots, were two poor children who possessed a garden somewhat larger than a flower pot.  They were not brother and sister, but loved each other quite as much as if they had been.  Their parents lived just opposite each other in two garrets, there, where the roof of one neighbor’s house joined that of another; and where the water-pipe ran between the two houses, there was a window; one had only to step across the pipe to get from one window to another.”

This entry was posted in Beauty, Essay, Lifestyle and tagged Makeup, Poetry, The Snow Queen. Bookmark the permalink.