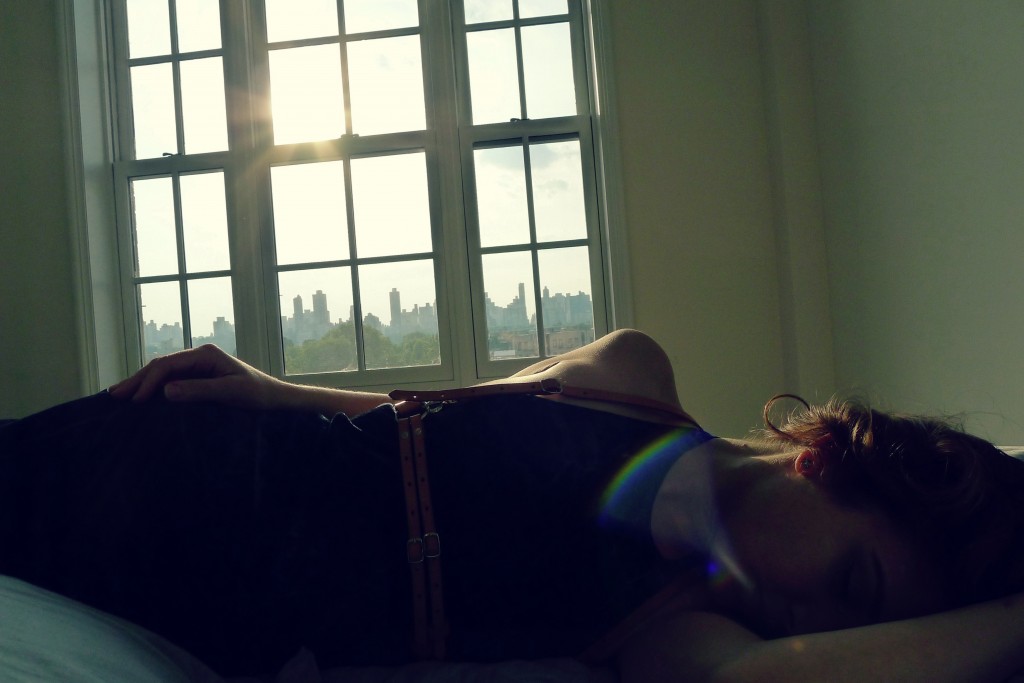 I am the least difficult of men.  All I want is boundless love.

An addendum to The Current:

As is inevitable, I had a more than a few images leftover when I shot this post.  The ones you see here were a bit dark to really fit in with the rest of the story, though there’s a quality to them that I do like; as such, it seemed only natural to find a way to post them separately, in some capacity.

In addition – because the initial post wound up trending definitively towards the literary –  it also seemed like a good idea to re-focus the attention directly on the clothes themselves. 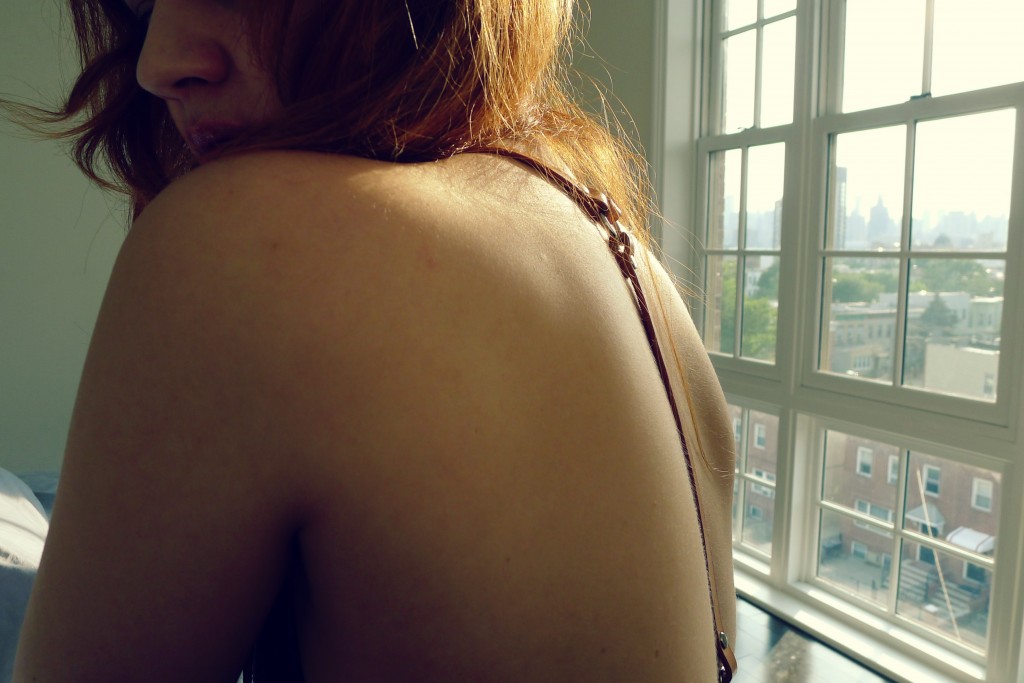 I wear this outfit a lot (I’m a big re-wearer of certain outfits if I find I really like myself in them, I don’t care if it isn’t cool – though I always remember where I wore what and for whom so I can try to avoid repeating set and setting). Despite the heaviness of the velvet, I prefer this ensemble in warmish weather so I don’t have to bother with a jacket.   I also happen to think it looks better without shoes, but there is of course a limit to what one can get away with out in the world, pragmatically.

The dress in question is a vintage Laundry by Shelli Segal from the 90’s, purchased last January from Feathers Boutique when velvets were a big deal; judging by the font on the tag, it seems to be early-mid-90’s.  It speaks to certain details I repeatedly find I like: an exposed shoulder, a fitted (but not exaggerated) waist, an open back.  There’s something timelessly sensual and strangely vulnerable about showing off that particular swath of skin – collarbone, shoulder blade, et cetera – which turned out to be a great deal of fun to photograph.  Which should also mean, by extension, that it’s fun for everyone else to look at.

(Plus, something about the halter neck reminds me of swimwear, which I think fitted and informed the whole theme of this post quite nicely.)

I suppose it can be a challenge to do an evening outfit with exposed shoulders and an open back and not come off as overly-formal or plain slutty – at least for most modern occasions.  I think you have to conceal everything else, and make sure the rest of the details aren’t too fussy.  This particular dress came with a bejeweled, bedazzle-ey clasp that broke the second time I wore it, so I had it replaced with a simpler silver one; it ended up being a boon, a small detail maybe but one that I think helped to diminish any lingering overtones of “prom.”

Anyway, it’s really the harness that makes the whole thing modern.  The caramel color of toes just the right line between class and fetish, particularly combined with the intense blue and exceedingly tactile fabric of the dress; sort of a “Poor Girl’s McQueen.”  I ordered it from Zana Bayne in December, just in time for Christmas; since then, it’s become an absolute staple to be worn with everything, from tank tops to evening dresses.

(“Wardrobe essentials” can of course be extremely variable from person to person, and at the end of the day I believe you should just invest in things you enjoy.  Thank Christ I dropped that coin on my harness, rather than, say, a pair of jeans – which I always hate myself in and never wear, no matter how many pairs I buy.  I’d like to order another one, in another color…the yellow seems like it would look nice with my red hair…)

I find that I really have no idea if this fetishy stuff is going to go or stay, but as for myself I’m still enjoying it (Sarah Burton is still doing bondage snoods, so that’s good enough for me).  I admit I didn’t really know what to do with a lot of this frilly, flippy, “New Pretty” ultra-girly business that was going around this spring, so I think I’m just going to ignore it until it goes away. 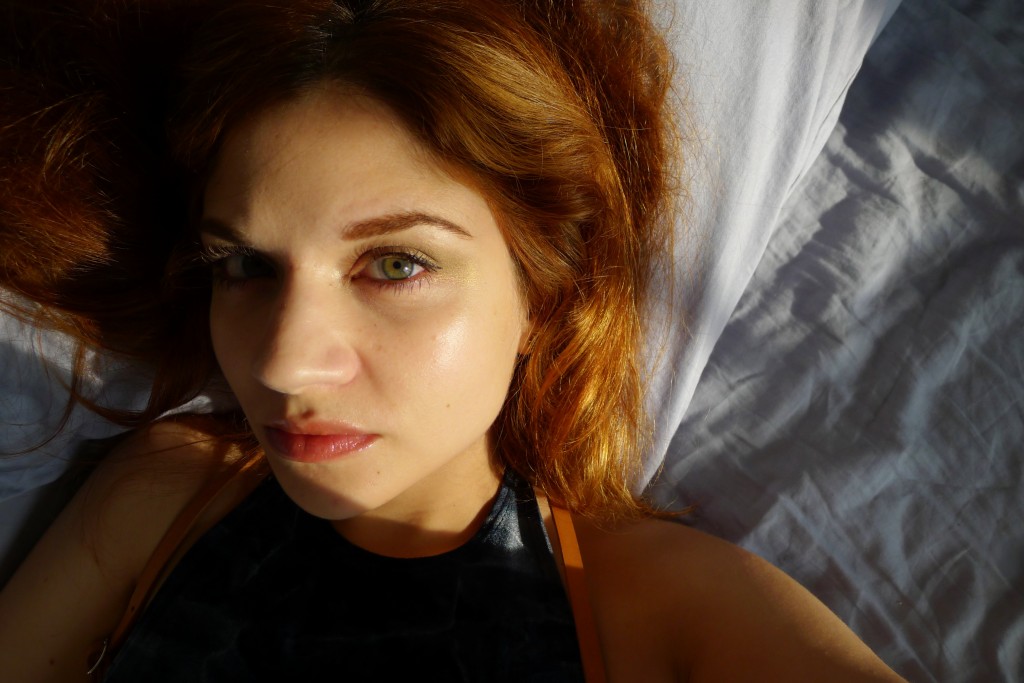 “We take off into the cosmos, ready for anything: for solitude, for hardship, for exhaustion, death. Modesty forbids us to say so, but there are times when we think pretty well of ourselves. And yet, if we examine it more closely, our enthusiasm turns out to be all a sham…This is another lie. We are only seeking Man.  We have no need of other worlds.  We need mirrors.  A single world, our own, suffices us; but we can’t accept it for what it is.”

Certain “inspirational” things did occur to me as I was putting the post together, so I put a handful of them up on Pinterest for you to peruse, if you like that sort of thing (I always do).

You may check out my inspiration board for The Current with a swift click to the head here. 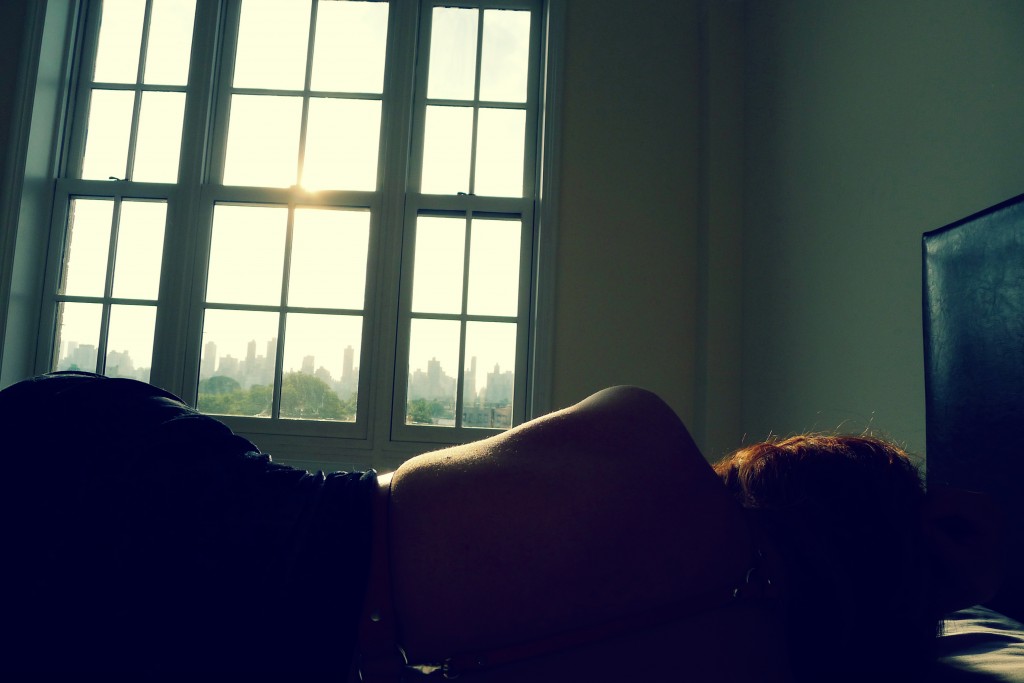 En fin, mes amis.  As ever, as always, I hope you like what you see.