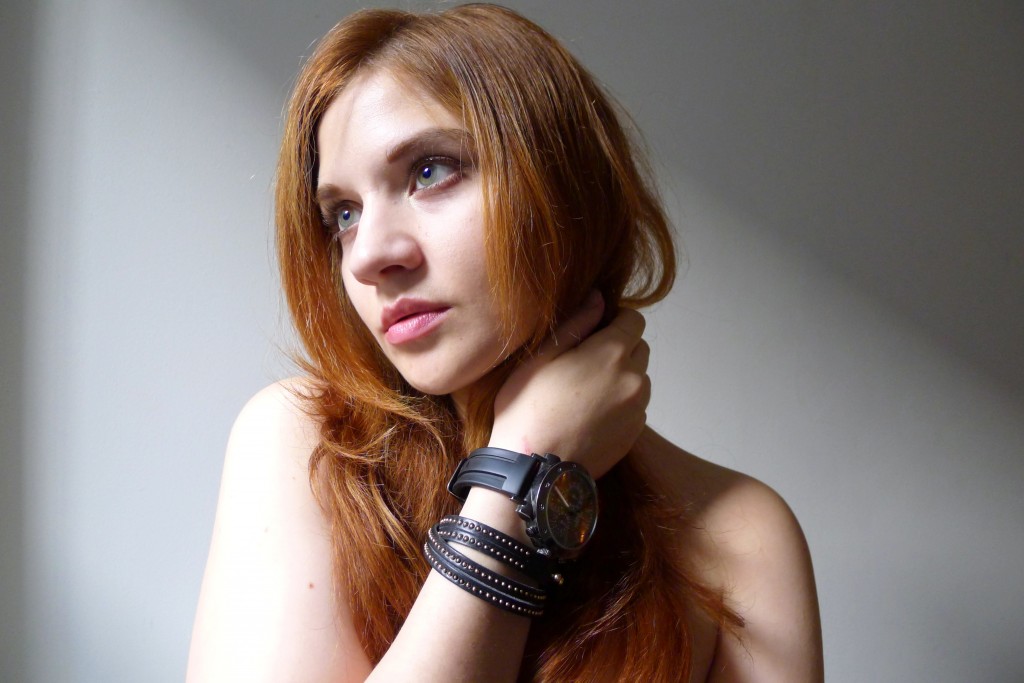 The watchful eye will notice the chronograph doesn’t work on this timepiece.  This could be because I bought it on the street.  Or, it could be due to the Great Temporal Incident of 1865.

Where exactly I found it, I don’t recall (again, the Incident seems to have generated some rather unpleasant physical ramifications).  That said, I probably bought it on Canal St., clearinghouse of all things plastic and artificial and a time-honored bastion of random crap.  It has to be one of the last places in the U.S. where you can still practically buy a fake Rolex out of some guy’s trench coat.  With full respect to the global economic consequences, it’s a glorious place in terms of being picturesque. 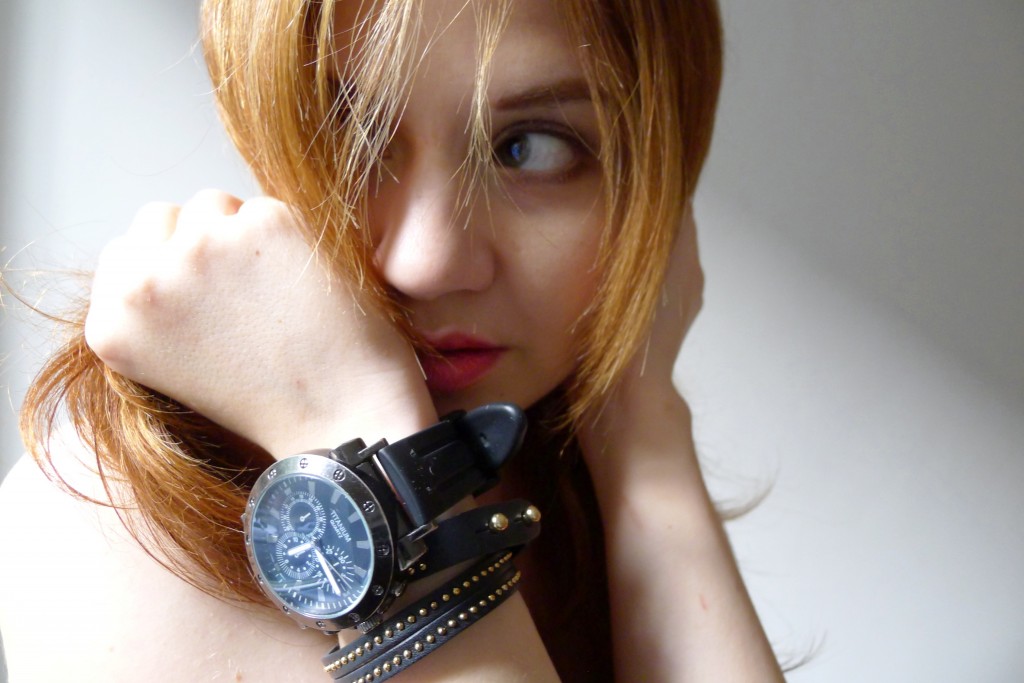 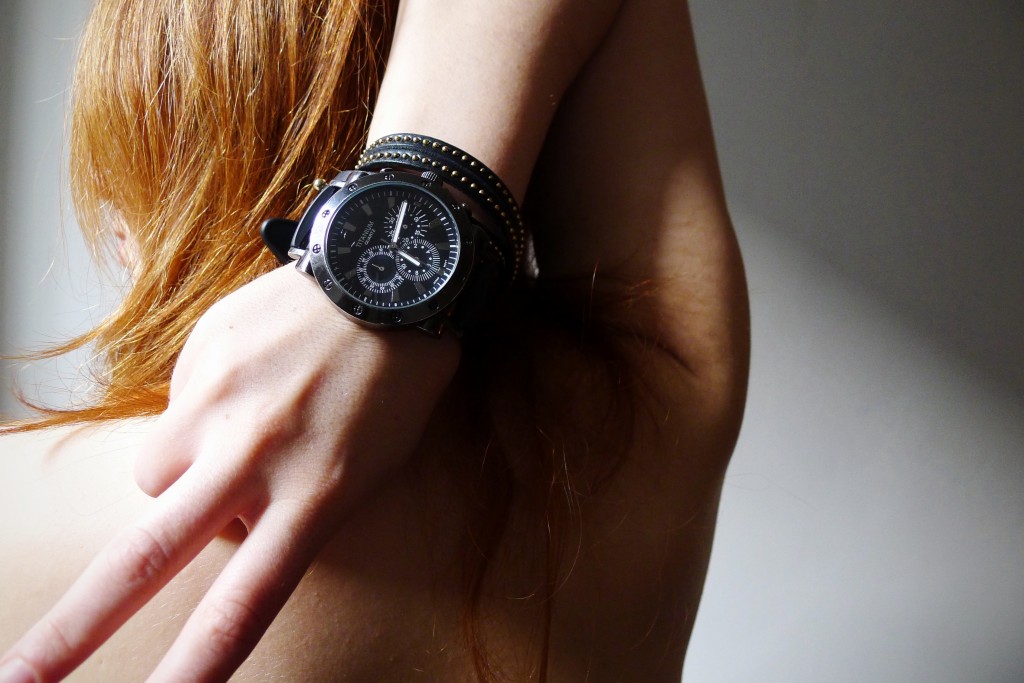 I don’t make a habit of buying fakes, but I remember I just wanted an all-black men’s watch, and I simply happened to like this one.  People mistake it for a good one all the time (though once you give it more than a passing glance you will notice it definitely isn’t).  Maybe people just don’t know or pay attention, but I get so many compliments on the thing that I am actually thinking of replacing the rubber strap with a leather one.

(I suppose the watch is also a pretty good example of my love for almost comically oversized accessories.  I don’t know where that preference comes from; maybe I feel that sizable pieces feel more purposeful.)

Besides, I wouldn’t call it a fake – it isn’t really pretending to be anything.  It’s just a big, cheap watch.  One day, when I am successful,  I will replace it with a better one – though in the meantime, this one warms my heart.  I wear it with everything.

And if someone asks, you know what to say: 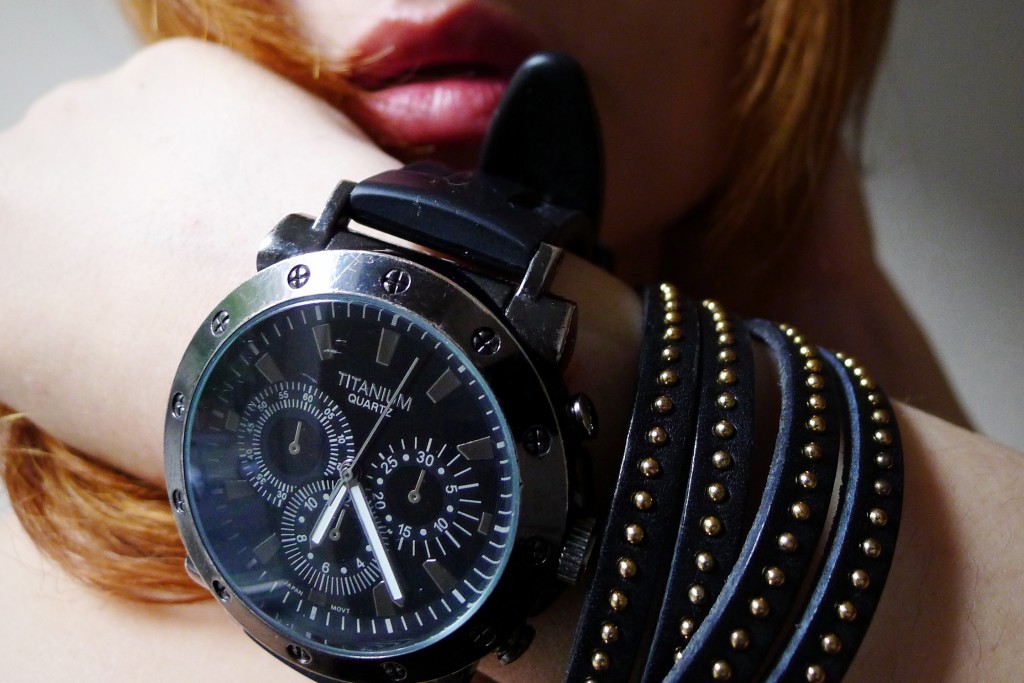 Worn here with a pleather “friendship bracelet,” purchased on Prince St. between Broadway and Mercer.  There’s a lady there who has a great if overpriced selection, 2 for $20, in loads of colors – you can find her table in front of Lure.  Remember to haggle.