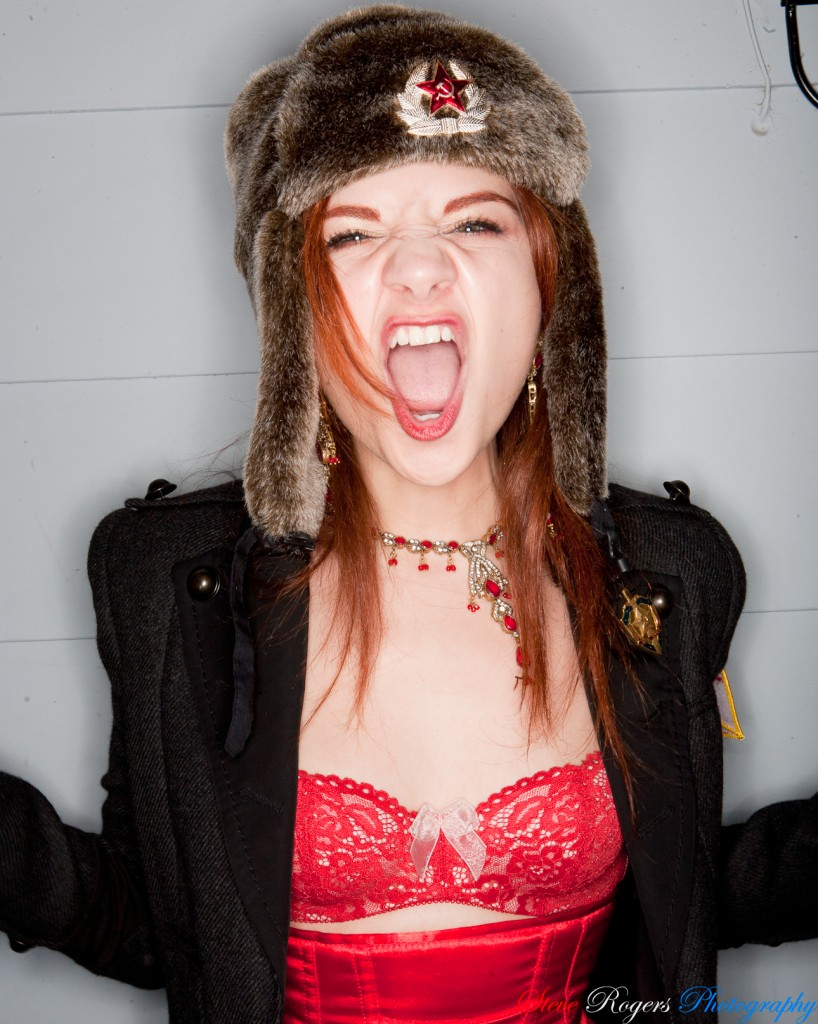 On a recent stumble down memory lane, I found this series of photos featuring last Halloween’s Anna Chapman costume and just couldn’t resist coming up with some excuse to post them here.

One peek at these and all of a sudden I’m in an ecstatically-cheeseball mood; all I want to do is put on my gladrags, hit the town, and visit some of my favorite Eastern European spots with my nearest and dearest comrades – do “the Red Scene,” as one best friend puts it.  For me this means infused vodka, smoked fish, and peroshki at The Russian Vodka Room in midtown, or (after a night of dancing) blintzes at the 24-hr East Village Ukranian standard, Vaselka.

(Same as it ever was, the diaspora runs wide and deep in New York.)

For some reason, this whole scenario is more fun when there’s a chill in the air.  So…you know what that means: right, Comrade?  chorošo!

Truthfully, I always have more fun getting dressed in the wintertime (or half-dressed, as the case may be here).  At the moment, most of my fall and winter things are packed away in boxes, safely stowed in storage at my parents’ abode – a fact which only makes me miss them more.  Despite the recent string of sunny, perfectly-temperate days we’ve enjoyed in New York this week, I am already basking in my own anticipation of the next F/W season: 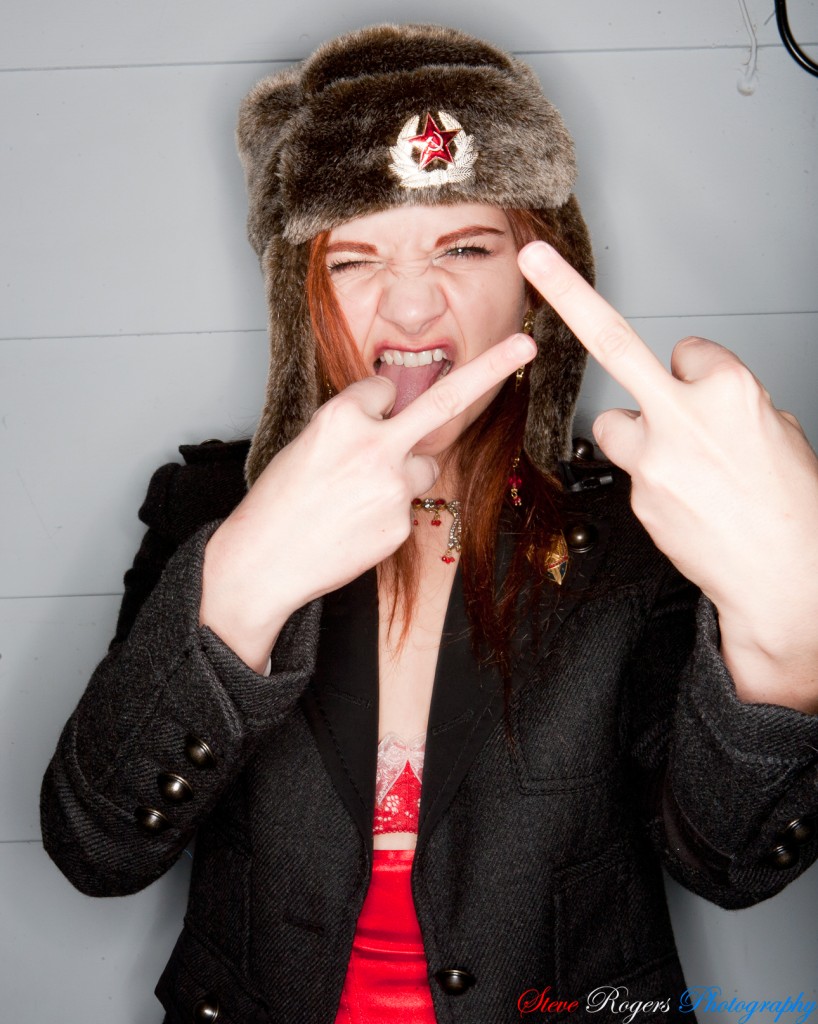 “You know, I always seem to dress just a little bit like a Communist,” I told my friend Adrian one chilly night last fall when – kitted out in a merlot-colored fox fur head wrap, wool Alex Wang jacket, and a pair of black leather thigh-high Raquel Allegra spats – I met him out at the club for an evening of progressive trance and cold-weather dancing.

And it’s true: on a facetious level, my Lithuanian blood always loves taking the piss out of the Eastern Bloc political situation, whatever it may be.  On a pragmatic level, however, I have to admit that even the comedic stylings of my Halloween costume address several big serious, seasonal leitmotifs in my personal wardrobe:

Firstly, there’s the fur*.  Also, military-style coats (more “officer” than fatigue; I love a good epaulet), underwear as outerwear (I love to find excuses for it even in the cold, and often feel that boudoir-inspired pieces look less overt – or at least more interesting – layered beneath a sweater or jacket), and – perhaps most significantly – the color red.

Besides black, it’s probably my favorite color to wear – especially merlot, oxblood, garnet.  Wintertime red.  The serious, elegant type that always seems too heavy when it’s 90 degrees in the shade.

“Of course, men think everything should be red,” my boyfriend said recently, lying by my side in bed and gazing down at my freshly-laquered, cherry-gumdrop toes.  “That color makes your skin look really, really nice.”

He was right, of course; that particular color (shellac #68 at Valley Nails & Wax in SoHo) is indeed a blue-based red, which tends to be my go-to.  Cooler shades tamp down the yellow undertones in my skin and make it look nice and pink.  In these photos I’ve brightened up to a more orange-based ruby, but only for the sake of Halloween.

Naturally I’m excited to see that red still feels right on-trend for F/W 2012.  Good thing, as I bought a lot of it last year (and the year before), including a floor-length, column-style bordeaux silk evening gown and (of course) the fox fur head wrap. 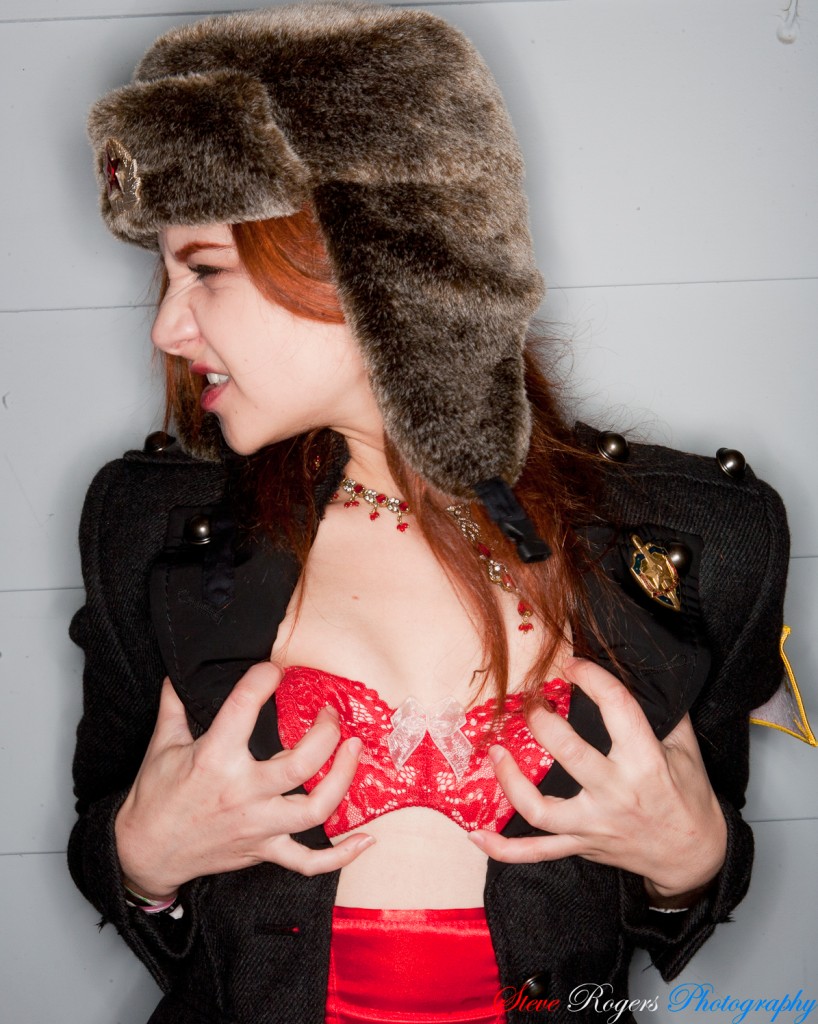 I suppose I should offer a disclaimer here and state that the fur itself can be faux or no as far as I’m concerned, to each her own.  This particular hat is a fake I got for $15 at the Army surplus store, but I do own plenty of the real thing (my filthy, meat-eating, booze-drinking Eastern European ways just wouldn’t have it any other way).  That said, I allay any lingering guilt by purchasing largely repurposed and vintage pieces: thusly, I prevent my dollar from going to furriers, and at the end of the day it simply seems less wasteful.  After all, when something’s managed to stick around in mint condition since the Carter administration, it would be a lowdown dirty shame to just throw it away… 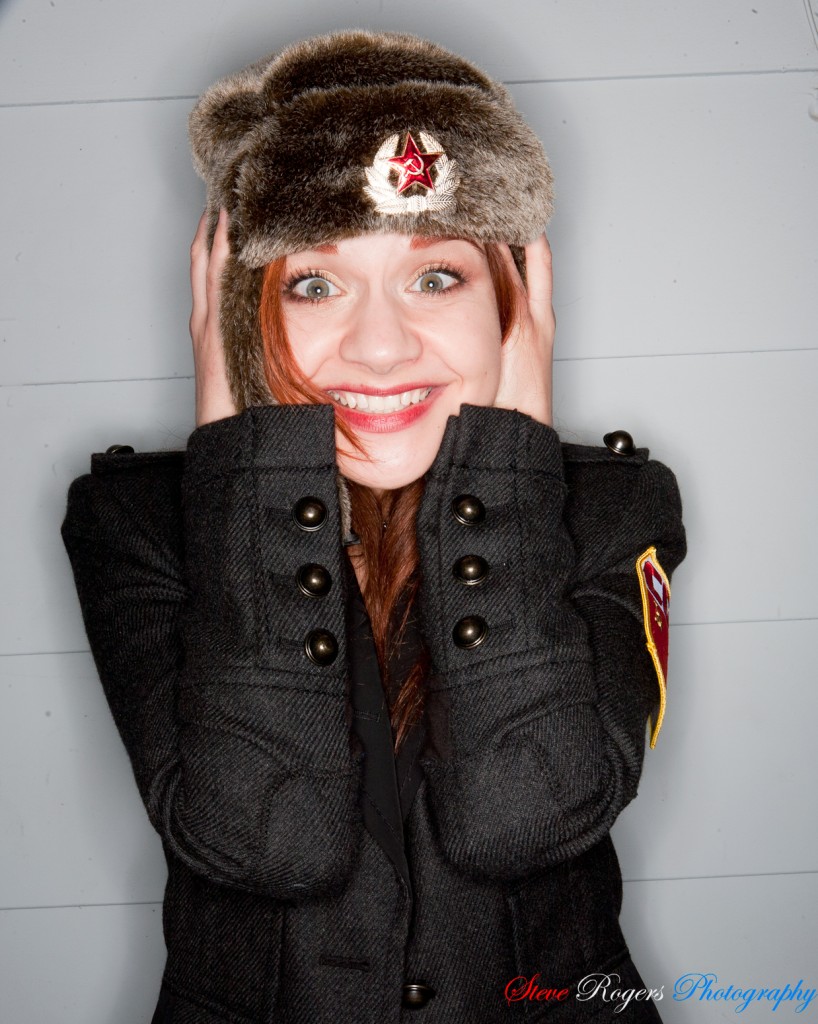 This has been fun.  I am reminded of myself as a little kid, when – with butterflies of excitement overflowing from my stomach – I would beg my mother to pull out the boxes of Halloween stuff in the middle of July so that I could make a haunted house in the bathroom and start thinking about what I was going to be that year.

This year, I think I’d like to have that one-shouldered DVF burgundy pencil dress you see cropping up in all the runway reports, and to mend the lining of my black fox fur stole.

In the meantime, the East Coast continues to heat up.  New Yorkers carry on in oblivion, happy as clams in their sandals and summer dresses, planning barbecues down the shore and timeshares in the Hamptons.  I, on the other hand, keep constant vigilance: nose to the air and fur quivering on end, I await the first chill in the air from across the North Atlantic.

If only Vladimir Putin would fire up his weather machine.

Outfit: BCBG jacket with vintage KGB lapel pin, hat/patches from the Army/Navy store, and skirt/waist cincher/costume jewelry from The Bazaar Backstage, Austin, TX.  Oh, and some bra I had.