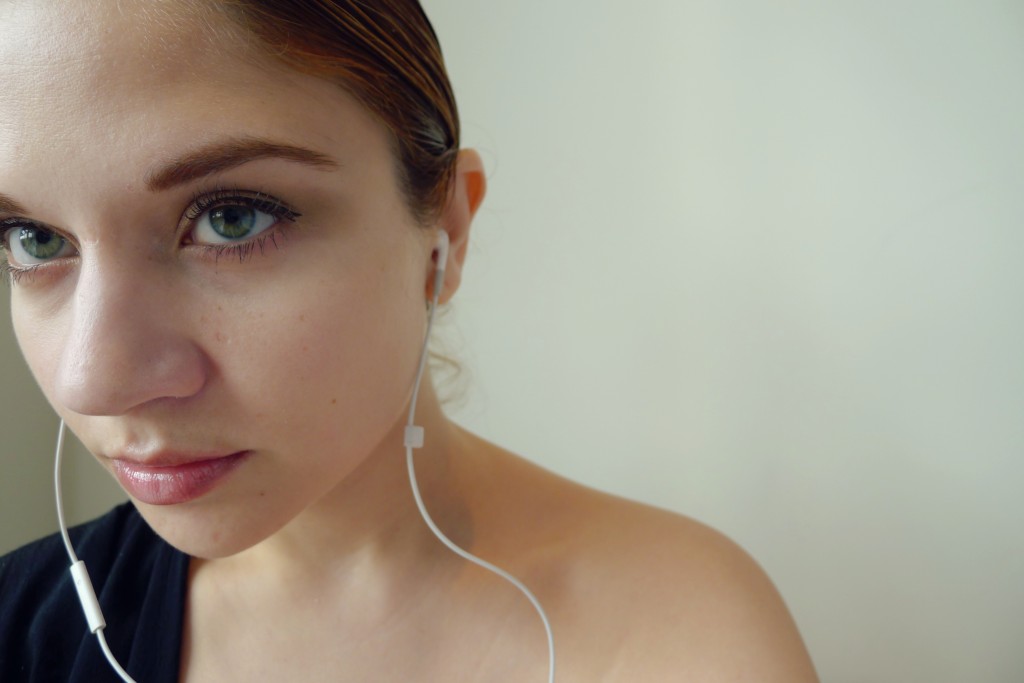 “Reverie is the steam of thought.”

These are actually from a photo test I did last week; the light was starting to do interesting things in the afternoon, so I began taking pictures around the apartment.

Here you can see evidence of a fairly typical look for me, beauty-wise (as well as evidence of a typically introspective afternoon**).  I don’t mix it up much day to day even as beauty trends come and go, as I really hate the shock of looking in the mirror and seeing a different person (than I am used to) looking back (unless of course the makeup is for a role, or when some skilled person does it for you for – then, it’s a treat).

For me the whole effect feels like sort of toned-down version of ballet makeup, containing certain elements I gravitate towards over and over again: some subtle champagne iridescence on the eyelid, a defined lash line, a strong brow.  (You’ll never see me do those soft, pale, unplucked brows that have been the thing in recent seasons, as my face is soft-featured enough as it is and I find I need the structure; brow powder – as opposed to pencil – keeps it modern.)

One day, maybe I’ll get ambitious and draw out a proper makeup plan.  In the meantime, a list of products and where to buy appears below.  In addition, it’s probably worth noting that the photos themselves are ever-so-slightly finished but completely un-retouched, as evidenced by the scar on my nose and the blemish on my chin (which I should have thought to cover up).   Light is often a more truthful veil than anything I could personally attempt behind the machine, so here I prefer instead to let the makeup, the sun, and the lens do the work for me. 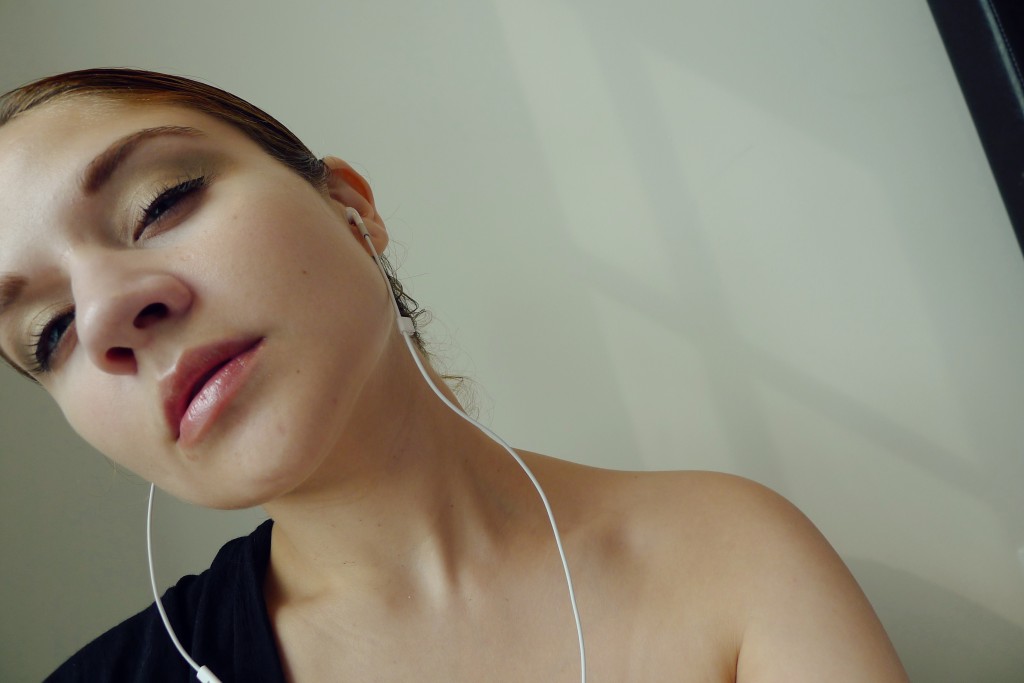 Beauty is not a need but an ecstasy.

To approximate the look:   Hourglass Veil Mineral Primer SPF 15; Make Up Forever HD Invisible Cover Concealer in #305 Porcelain (as lid primer, under eyes, and at corners of nose); Chanel Double Perfection Compact in #10 Vanilla-Lumiere (on nose and forehead); Stila “In the Light” Palate (Champagne on the inner half of the lid, with Bare up to the brow line to blend; for a smokier look add Luster lightly smudged into the lower lash line with a thin brush, concentrated at the outer corners of each eye [1.]); M.A.C. Eye Shadow in Patina (around the outer socket) and Cork (as brow powder, applied with a #208 angled brow brush); Givenchy Phenomen’ Eyes Mascara in Brown; Chanel Automatic Liquid Eyeliner in 20 Brun; NARS Lip Lacquer in Eros. [2.]

[1.] To punch up the iridescence (or if you’re looking tired that day), add a tiny bit of Make Up Forever Star Powder in #902 Pearl Gold at the inner corner of each eye.

[2.] I generally avoid lacquers and glosses for every day, as I find that men don’t like them and will often avoid kissing a woman who is wearing them (remember, ladies: that glassy sheen that works on a MAXIM cover does not necessarily translate to an enjoyable tactile reality); as such, I’ll wear the Lip Lacquer for the camera, and switch to a regular NARS lipstick in the same rosy-mauve family (in Dolce Vita, typically) for every day; the color is smooth but subtly lustrous, and (I find) quite kissable indeed.

* As poorly translated on the inside wrapper of an individually-wrapped Baci chocolate. (That must be a great job, to be the person who gets paid to compile love quotes to print for those things.)  Anyway, I’m fairly certain the real line from Hugo goes, “Thought is the labor of the intellect, reverie is its pleasure.” Today, however, I prefer this new version…same as it ever was, the filter of misunderstanding brings out some truth.

This entry was posted in Beauty, Photo and tagged Beauty, Makeup, Music. Bookmark the permalink.